Where Do Weasels Live? 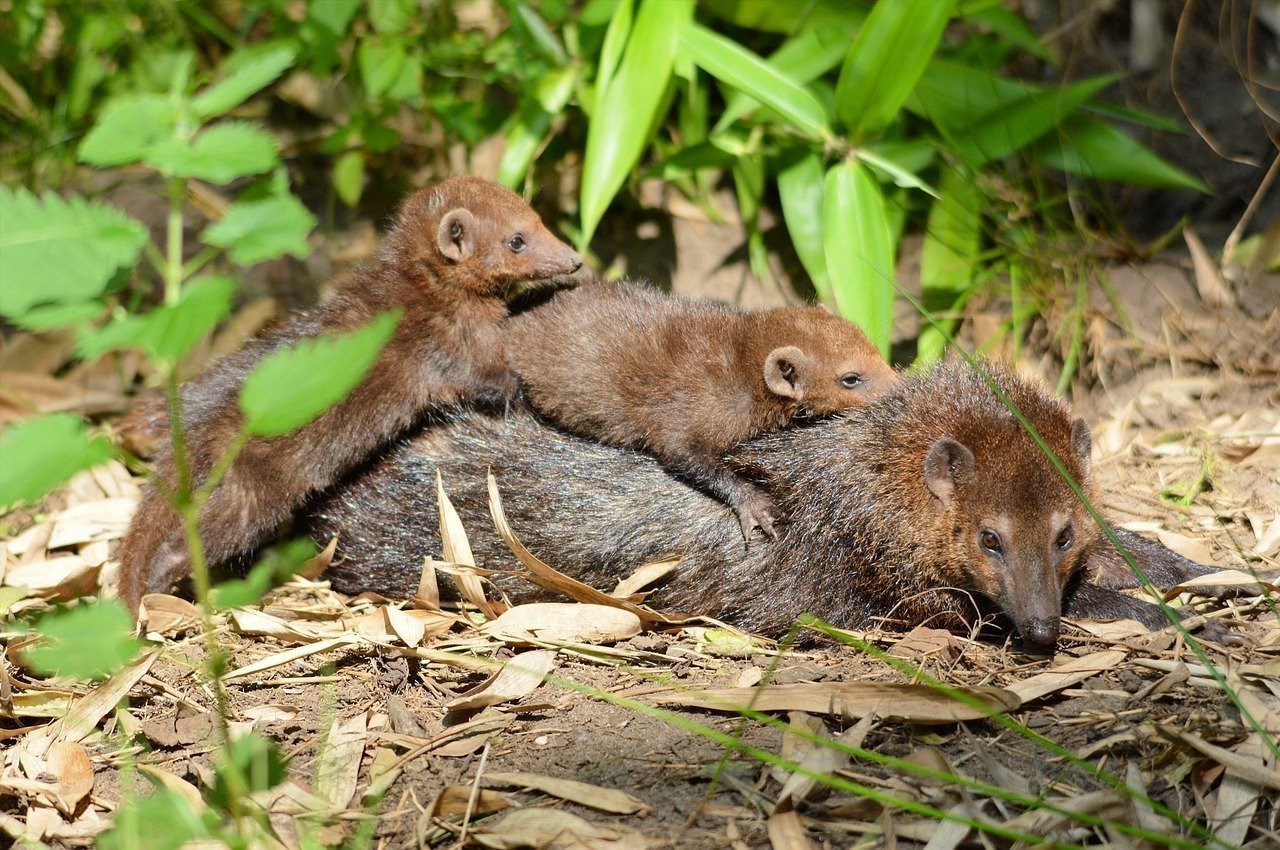 Weasels are small mammalian carnivorous creatures that will live just about anywhere close to food sources. They possess a long cylindrical body resembling stoats or ferrets. Well, a weasel is much smaller than both of these creatures even though they belong in the same family. So, Where Do Weasels live?

Weasels are strictly carnivorous and will feed more than 4 times a day regardless of their small bodies. Hence the need to live where there is plenty of prey to hunt. In this article, we will not only discuss where weasels live but also their natural behavior in the wild. 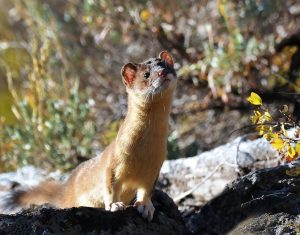 Weasels are extremely smart animals. They can be found in open forests and woodlands, grasslands, farms and fields, thickets, urban suburbs and even on the roadside. On other occasions, weasels can also live in tree hollows.

The biggest motivation for a weasel to settle down the availability of food. In the next section, we shall discuss some of the best food sources for weasels. Do not be mistaken as weasels can also travel from one place to another, and once again, it is all about getting enough to eat.

Weasels will live in both cold and warm areas. For this reason, it can be quite difficult to predict where to find weasels in terms of location.

Weasels identify and mark their territory once they find someplace with constant food supply. They do not, however, dig the burrows they live in. Weasels will take over burrows upon feeding on their prey. Other times, they will find abandoned prey and occupy them.

In normal circumstances, weasels will have a reddish-brown coat. When winter comes, they will quickly shed that coat and grow a white thicker coat. This is to protect themselves from extreme cold since they do not hibernate.

Once a weasel settles down, the hunting begins. Now, as I mentioned earlier, weasels are heavy feeders. This has to do with their small body size and faster metabolism rate. Well, he can feed 4-5 times a day, which means he has to hunt most of the time.

Before I go on to explain the hunting behavior, I must outline some of weasel favorite delicacies. Their main diet is comprised of smaller mammals such as rabbits, hares, rats, mice, and other rodents. Weasels also enjoy preying on birds and bird eggs, fish and sometimes insects.

A weasel has one of the most interesting and canning hunting behaviors. While they can run fast, climb and even swim, they prefer using their intelligence while hunting on the ground. They will bring in their weasel war dance in motion to scare, hypnotize and eventually catch his killer.

The weasel war dance involves darting, twisting and rolling their bodies. This has been known to trap bigger prey than the weasels themselves. They have been seen dragging larger animals back to their burrows to feed.

A weasel will also go from one burrow to another looking to scare aware and catch prey. If there is scarce food, they will climb trees and stalk bird nests for eggs, baby birds and sometimes the mother bird herself.

They can also swim off to nearby islands in search of food. Weasels are great swimmers, climbers and can travel for miles in just one hunt.

Weasels are dangerous and thorough hunters. Their hunting instincts are triggered by sudden movements as well as scent. 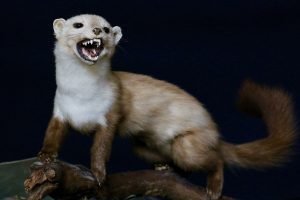 Do weasels live together?

Weasels belong to the family of Mustelidae which also consists of ermines and ferrets. They do not live together in the wild. Weasels will only associate with each other during mating. Otherwise, weasels will live independently in their established territories.

They use their scents to mark territories to tell off other weasels, especially if they are of the same sex. Mating will happen in spring and summer as well. Weasels attain sexual maturity at only three months upon which mating will happen and afterward resume to being on their own.

A female weasel will independently give birth to a litter of not more than 15 kits. They will depend on the mother for food and other resources until they can fetch for themselves. The male weasel does not in any way help in raising the kits.

Fun fact: Weasels will mate with different partners when the season comes. Female weasels will have implantation after 7 months of mating to allow favorable conditions to give birth

They will fiercely defend their territory from intruders. Weasels will blast their musky smelling oily fluid in the face of their opponent to try and scare them off. It is a technique to keep them safe in the wild.

Weasels tend to display nocturnal behavior in the wild. While they still need to feed during the day, weasels will spend most of their night’s hunting. At this point, I have to tell you that they possess a perfect night vision. This allows them to chase and kill prey faster at night than during the day.

However, if I said that weasels are nocturnal, I’d probably be lying. I prefer to term them more crepuscular than nocturnal. They will spend a few hours roaming the wild in daylight.

While their sense of smell is almost accurate, daylight vision might not be perfect. They have little color vision during the day.

This, however, does not keep them eating during the day. Weasels are great savers and will keep their leftovers for later. Male weasels are in the habit of going for larger prey. When they have had enough, which should be less than 100 grams per meal, they save the rest for later.

Weasels display quite an interesting character. They do not live in groups as most of the mammalian carnivores do. Weasels will only associate with each other when the mating season comes and that’s it. They will spend most of their lives traveling and hunting.

Farmers experiencing trouble with weasels will find dead poultry or rabbits. The weasel tracts can also be identified. A weasel will leave footprints with five toes and claws as he walks around farmland or homestead.

Complete Guide On How To Take Care Of A Ferret 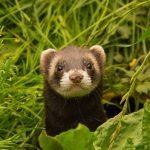