How To Tell If A Ferret Is Scared 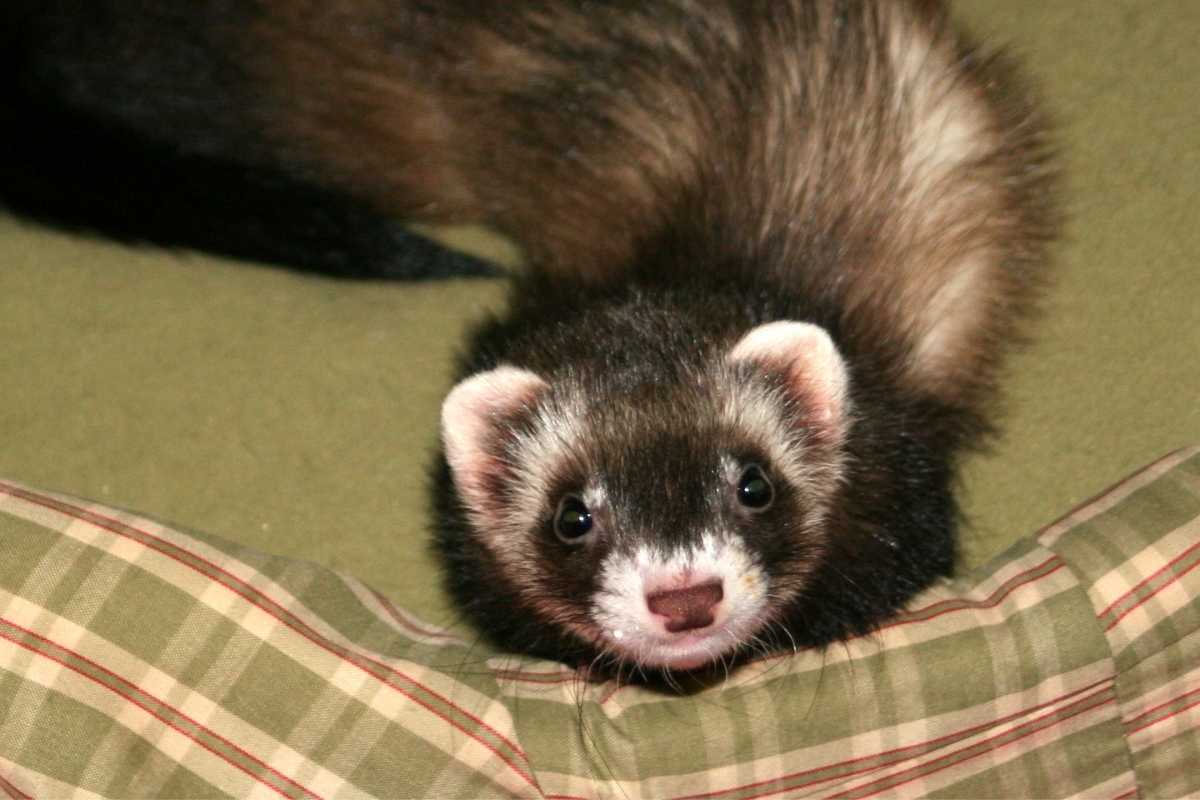 Owing a pet ferret is truly a joy and if you dedicate the time and patience it takes to form a strong bond with your pet, then you will be rewarded with a very special relationship. But part of forming this bond relies on you, the owner, to understand your pet. Since ferrets are unable to communicate verbally, pet owners must learn to translate their body language. If your ferret is scared, it is important that you are able to pick up on this so that you can comfort him and remove whatever it is that is bothering him. But how can you tell if a ferret is scared?

One of the most obvious signs that your ferret is frightened is that he will cower down while turning his head in the direction of what is upsetting him. When he does this, it isn’t something that will easily go unnoticed and your ferret will make a fuss about it, letting you know that something is wrong.

However, this isn’t the only way that a ferret might let you know that it is feeling scared or threatened. Therefore, it is essential that you learn to pick up on other subtle cues that your pet may display.

Signs That A Ferret Is Scared

When a ferret cowers down and looks towards something, this is a clear sign that the animal is feeling fearful. At the same time as this, you may notice that your ferret makes a hissing sound. This isn’t always the case and cannot be taken as a sign of fear on its own, as ferrets may also hiss when they are feeling other emotions.

While this is the most common ferret behavior associated with fear, this is typically reserved for times when the ferret doesn’t feel hugely threatened. If your pet is suddenly startled, perhaps by a loud noise or a sudden movement, you will notice that it makes a swift dash to get away. In severe cases, when the ferret feels very threatened, it may also make a shrieking sound as it runs away.

Generally speaking, the ferret may try to take refuge underneath a nearby piece of furniture. When he is feeling a little braver, he may then poke his head out to see if it is safe to come out.

When it comes to getting to know your ferret, understanding when your pet is scared is not the only body language you’ll need to learn. These intelligent little creatures are capable of experiencing a range of emotions and they will show you what they are feeling if you are willing to see the signs.

Ferrets are incredibly playful animals and they will likely let you know when they want to interact with you and this is usually coupled with excitement. The ferret may do a little dance and hop around a lot, it’s similar to an excitable child who wants to let you know it is craving attention. At the same time, you may also notice that the ferret holds its head up high.

However, when seeking attention, the signs may not be blindingly obvious. For example, sometimes your ferret might run up to you and then run away again. This is his way of telling you to chase him but if you mistake this for him avoiding you, he may get a little more aggressive in his approach to getting you to play.

As well as being intelligent creatures, ferrets are also incredibly inquisitive and may often display body language that tells you they are feeling curious. Typically, you would notice your ferret sniffing around the floor while running along with its nose to the ground.

This behavior may also involve your ferret making a dooking sound, which many people compare to a little ferret laugh. He might also be seen swishing his tail from side to side in an excitable manner.

When a ferret is feeling stressed or is suffering from some kind of sickness, the body language cues he gives will be remarkably similar. Primarily, you may notice that your ferret refuses to do very much and won’t move from one spot or position. In addition to this, very sick or stressed ferrets may make crying sounds, likely because they are in pain.

Stress and sickness could also cause the ferret to keep its nose to the ground but without the excitement shown when he is feeling curious. It is likely that his eyes will also be squinting and he may be grinding his teeth.

Since ferrets do not have the best eyesight, this makes them more vulnerable so they will try to avoid showing you that they are in pain. But these signs are pretty clear indicators that something is wrong.

Ferrets are very intelligent and because of this, their emotional range is pretty broad. As a ferret owner, it is essential that you get to know your pet’s body language so that you can adjust your care accordingly. At times when your ferret is feeling scared, he may cower down and look sideways at the supposed threat. While a hissing noise may accompany this, it could also be a sign of another emotion so shouldn’t be taken as a definite sign of fear.

Getting to know your ferret and spending time with him will allow you to understand his individual responses to certain situations and strengthen the bond between the two of you. 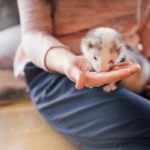 How To Take Care Of A Deaf Ferret: Complete Guide