A lot of ferret owners will notice that their pets get a burst of energy during the hours of darkness, so does this mean that their eyesight is adapted to be better in the dark? The truth is that ferrets don’t usually stay awake during the night but those that are domesticated will typically adjust their waking and sleeping schedule to fit in with that of their owners.

Ferrets don’t have the greatest eyesight in the animal kingdom and you will find that they struggle to see very well in total darkness. In the same breath, we can say that ferrets also find it difficult to adjust their eyes in very bright light. They will often function best when they are in the low, dull light of early evening.

In the wild, ferrets would come out at twilight to hunt and because of this, their eyes have adapted to see best in this light.

What is even more interesting is that ferrets have unique pupils that allow them to make the most of what light is available and this is thanks to little slits in the pupils.

As we have discussed, ferrets are able to see their best when they are in low light, typically during twilight hours. This means at dawn and dusk. When you compare the eyesight of a ferret to that of a human in low light, the ferret is a clear winner.

For thousands of years, the ancestors of the ferret would have hunted at this time and their eyesight would have adapted to this.

The only problem with this is that ferrets have a hard time seeing in other types of light especially when it is totally dark.

When your ferret is in darkness, you will probably have noticed that his eyes take on a glow and this is their way of reflecting light as best as possible to help them see as clearly as possible.

It might surprise you to learn that, depending on the natural coloration of the ferret, its eyes may take on a different colored glow!

For example, ferrets who have naturally maroon-colored eyes will take on a reddish glow whereas the albino ferret with red eyes will have a green or pink glow to their peepers in the dark.

If your ferret has naturally blue eyes, they will glow red in the dark while ferrets with brown eyes experience a more yellowish glow.

Your ferret will also struggle to see when the light is too bright, especially when it goes from light to dark very quickly. This means that one of your responsibilities as a ferret owner is to ensure that your pet is not exposed to sudden bright lights (think of him as Gizmo, if that helps!)

Many people are under the impression that ferrets are nocturnal animals, meaning that they are more active at night.

However, this is a common misconception. They are, in fact, crepuscular, which is something they share with other mammals like rabbits.

Being crepuscular means that the animal may sleep for long periods of time during both daylight and nighttime hours but will become most active around dawn and dusk. This goes back to the idea that ferrets would hunt at this time in the wild

Therefore, you should not be surprised if you notice that your pet ferret spends as many as 14 to 18 hours sleeping every day!

Once the moon comes out in the evening, you will notice a significant burst of energy which is great since this is when most humans have free time to interact with their pets.

You will notice that ferrets get up to a lot during these hours and may feed, forage, burrow, play, and even mate during twilight hours.

In the wild, there are only really black-footed ferrets left and when they are sleeping, they are susceptible to attacks from predators like badgers, owls, and eagles among other things.

But despite having poor vision, they are able to detect movement and shadow which helps alert them to such attacks.

Moreover, they have excellent hearing and a great sense of smell but we will look at that in more detail later on. Of course, in a domestic setting, being attacked by a predator isn’t going to happen.

Does My Ferret Have Good Eyesight?

It is apparent that ferrets do not have the best eyesight in the animal kingdom but as a ferret owner, it can be interesting to learn more about how your pet views the world.

Ferrets have binocular vision as a result of the placement of the eyes which are more to the side of the head. When your ferret looks at an object, he will typically be looking head on and if he needs to see something to the side, he will need to turn his head to see it rather than just shifting his eyes.

Another problem for ferrets where eyesight is concerned is that they struggle with depth perception and are unable to properly make out objects in the distance.

Under the nose, the ferret has a small blind spot but their great sense of smell more than makes up for this.

Ferrets are not colorblind as such because they are able to see red. However, everything else appears grey to them which can make navigating the world a little trickier.

The issue that domestic ferrets have is that their curious nature will lead them to explore them home without a care in the world.

But owing to their sight problems, it isn’t uncommon for them to fall from furniture or surfaces that they may have climbed up on. As the owner, it is your job to make sure that they remain safe as they explore.

With all of these vision problems aside, ferrets do have the ability to see close-up items in very impressive detail.

This is one of the ways that they communicate with other ferrets and know how to interact with them. You will notice that, when your ferrets get close to one another, their body language will demonstrate how they are feeling.

Do Ferrets Make Up For Their Poor Eyesight With Other Senses?

Ferrets might not have great vision but they do make up for this with their other senses. For example, ferrets have an excellent sense of smell. While not as powerful as their hearing, which we will discuss shortly, a ferret uses its sense of smell as a primary sense.

The sense of smell is used largely as a way of communicating with other ferrets especially when it comes to marking their territory. They will use various methods of marking their scent including using urine.

The unique odor of each ferret features hormones that tell other ferrets everything they need to know and helps them to navigate their environment as well as things like recognizing their young.

Ferrets will also use their powerful sense of smell to source out food.

Moreover, ferrets are incredibly adept when it comes to hearing  and the sounds that they can pick on help them to better understand and interact with the world around them.

In fact, these amazing little critters are able to pick out where a sound is coming from and how far away it is.

This is thanks to a number of hearing receptors in the ears. What’s great about this is that the ferret uses this sense as a way of surviving and gives them a very good heads up as to when a predator is on its way.

That said, this sensitive sense of hearing does mean that your ferret is more susceptible to being alarmed by certain sounds so it is important that you are mindful of this around your pet.

It is important not to expose your ferret to loud noises such as music and if you have children or other pets like dogs that might bark, to keep them away from your ferret. It is the best idea to have a room where your ferret stays that gives him peace and quiet.

It is also imperative that when you are playing with your ferret, you do not use a loud tone of voice. If you are training your pet, be sure never to shout if it gets things wrong as it will do nothing other than frighten it.

Ferrets have a great sense of smell and excellent hearing but their vision isn’t as powerful.

These animals find it far easier to see in the low light of dusk and dawn but struggle when the lights go down completely. This is largely down to their crepuscular nature which means that they become most active at this time of day and have developed eyesight to better aid them in hunting. 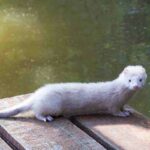 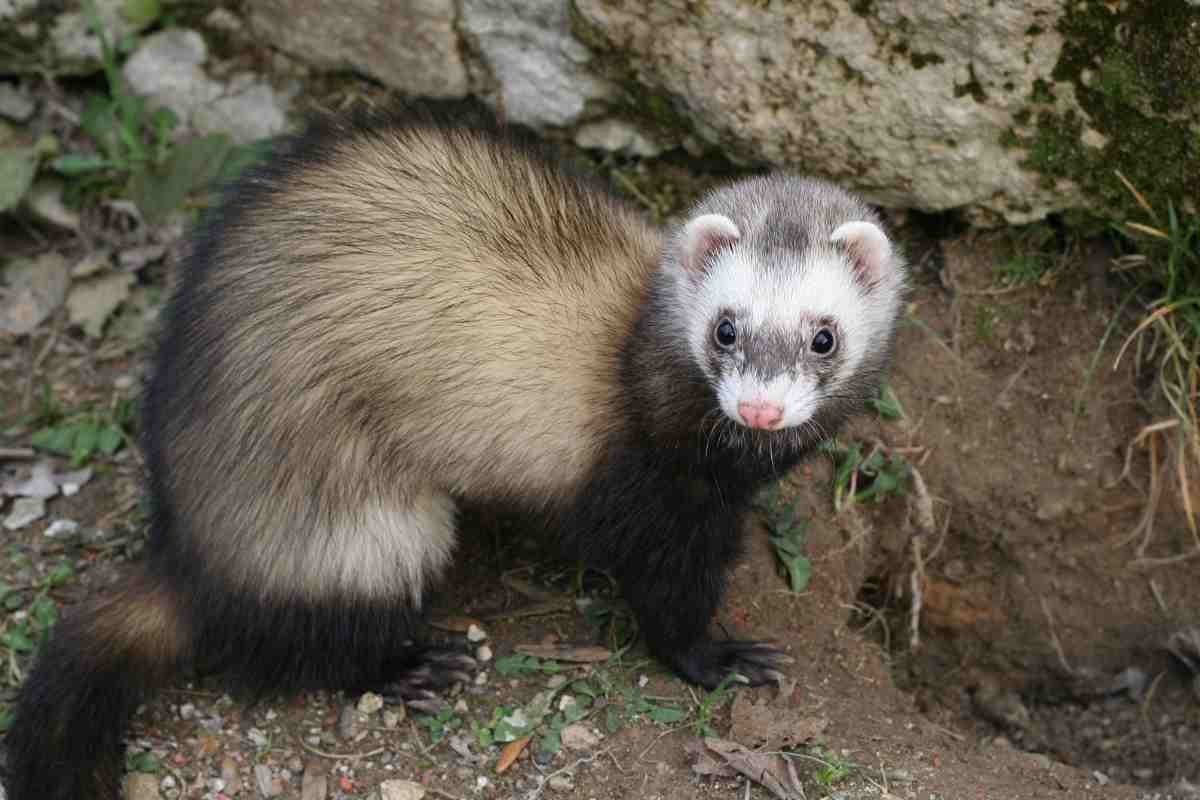 Ferrets are quirky little creatures with equally interesting and unique personalities. One of the things that we, as ferret owners need to keep in mind is that, while they are domesticated, our homes do not provide everything that their natural habitat can. Therefore, we must be willing to provide our ferrets with viable alternatives to…